Best Places to Live in Maryland 2021 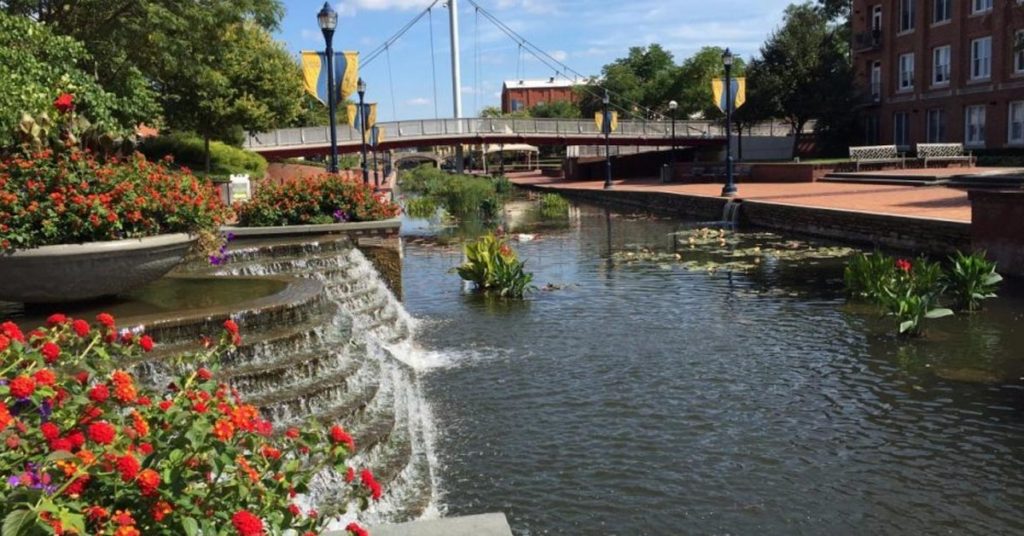 The best places to live in Maryland will depend primarily on the desired neighborhood. Do you want a rural area? A town? The beach? A suburb close to a big city like Baltimore or Washington D.C.?
Don’t be discouraged if you’re not near one of these major metropolitan areas-many smaller towns have their own charms and conveniences as well, and it might take more time for your children to get used to them.
Oh, and Maryland is very expensive in certain areas that are especially desirable. For example, Bethesda has some of the most expensive homes in the entire country, with price ranges up to $1million! But it may be possible to find something in this area for much less than that – even $500-700.

In the past, Maryland was mostly known for its blue crabs. However, moving to Maryland in 2021 is a great opportunity because of all the different cities and towns that people can live in. From historic Annapolis to Baltimore’s Inner Harbor to charming Chestertown, there are so many places to live in Maryland! This article will go over some of the best places you should consider moving if you’re looking for a new place to call home.

The best places to live in Maryland for families include cities like Baltimore, Rockville, Greenbelt. There are many more cities that are great too!

Read on for the many great places to live in the Baltimore Washington metropolitan area:

A closer look at the safest cities in Maryland

The City Of Rockville has been called out for its livability factor by Money Magazine, due largely in part to its safe atmosphere and high quality education opportunities (including Catholic schools).

Rockville, in Montgomery County, is one of the best places to live in Maryland. Rockville offers easy access to retail stores, restaurants and shopping plazas and has great public transportation options for commuters–especially for those who take MetroRail towards D.C.

Living in Rockville offers a suburban, urban mixture and most residents buy their homes. Rockville is the perfect place to live in Maryland, with its endless restaurants, coffee shops, and parks. One of the best places to live near D.C. is Rockville, MD. Residents are predominantly liberal and many families and young professionals move there for that reason. The public schools in Rockville are also highly rated.

The Town of Chevy Chase is a municipality located in Montgomery County, Maryland. Chevy Chase is a stone’s throw from Friendship Heights, a popular shopping district with malls, boutique stores, and restaurants. Not to Be Confused With the Other Chevy Chase in DC, Chevy Chase Maryland is a very quiet and peaceful neighborhood with very friendly people, suitable for young families and professionals alike.

A common best place to live in Maryland, Columbia consistently makes national rankings for both safest and best places to live in the United States. In fact, Columbia Maryland ranked fifth in Money Magazine’s Best Places to Live list last year in 2020.

A successful planned community, Columbia is a magnet in the Baltimore-Washington corridor, attracting families in search of highly rated schools and businesses hungry for easy access to educated professionals.

North Bethesda is a suburb of Washington, D.C. with a population of 49,872. The North Bethesda community is in Montgomery County and offers some of the best living options in the state. North Bethesda offers a suburban, urban lifestyle with plenty of open space. It’s close to Rockville and Bethesda, the latter of which is home to government facilities. Bethesda is a very affluent community with highly educated residents.

North Bethesda includes the White Flint metro area, with convenient access to shopping malls and apartments in the area are less expensive than downtown Bethesda which is about 3 miles and 3 metro stops away. North Bethesda weather is usually pleasant without extreme heat in the summers and average July temperatures in the high 80s. In January, it’s usually in the 20s.

A little off the beaten path, Ellicott City is a nice city to raise a family, even if it’s a bit isolated. With a longer average commute, it’s still one of the most desirable communities in Maryland. It’s much safer than the majority of towns in the Baltimore-Washington corridor, and has a laidback, quiet and affluent vibe while being further removed from DC Area suburbs in Montgomery County and Northern Virginia than most cities on our list.

Ocean City is a resort town in the U.S. state of Maryland between the Atlantic Ocean and Isle of Wight Bay. Ocean City Maryland has a population of 6,972. Located in Worcester County, Ocean City is one of the best places to live in Maryland.  The town features miles of beach and a wooden boardwalk lined with restaurants, shops and hotels.

A conservative town with a high population of retirees who own their homes Ocean City offers an urban feel with easy access to the ocean. A great place to live.

North Potomac, located in Montgomery County, is definitely one of the best places to live in Maryland. North Potomac is a suburb of Washington, D.C. with a population of 23,914. With very little crime to speak of and close proximity to Washington D.C., it’s a town that draws families and working professionals who are looking for convenience and sparse suburban feel.

Some great places in South Kensington include National center – Along the Potomac River between southern Maryland and northern Virginia, inland from Chesapeake Bay.

Although it’s more out of the way, Travilah, a small community located along the north side of the Potomac River is gaining attention for it’s attractive living. Travilah is surrounded by the communities of Potomac, North Potomac, and Darnestown.

Maryland is a beautiful state, with so many different cities and towns to live in. Where should you start your search? Hopefully our list of the top places that we recommend looking at first has given you a greater insight on some of the best places to live in Maryland. If you’re in search of a Maryland Mover, please request a moving quote or call Treasure Moving Company at 855-715-6683.

Get a Moving Estimate

Moving a Refrigerator: How Long Before You Start Using It Again?

Your Rights and Responsibilities When You Move